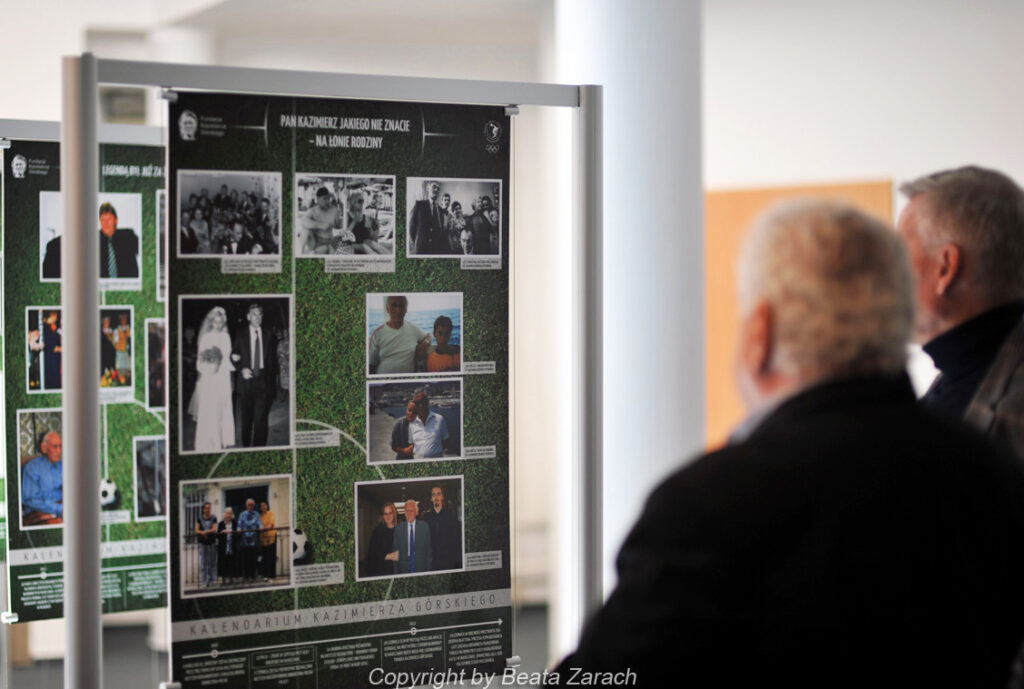 The exhibition “100. anniversary of the birth of Kazimierz Górski, the coach of the millennium” was opened at the Academy of Physical Education and Sport in Gdańsk. The opening ceremony was attended by Dariusz Górski, the son of Kazimierz and Włodzimierz Lubański, one of the best and most successful Polish footballers of the 20th century.

The exhibition was prepared on the occasion of the 100th anniversary of the birth of the legend’s coach. Visitors can see twenty boards and one hundred photos with the life story of the excellent trainer. There are private photos of Kazimierz Górski, as well as people related to football. The exhibition is reminiscent of his football and coaching career – including the greatest national and club successes; it also shows a part of the private life of an outstanding coach.

The exhibition is a joint project of the Sports and Tourism Museum and the Kazimierz Górski Foundation. The exhibition in front of the AWFiS Congress Hall can be viewed until the end of the academic year.

Jagiellonian University published winners of the Smart Book of the Year 2021 competition
20.05.2022 Events

University of Lodz to hold a scientific conference “Phenomena of propaganda and manipulation in the press, television, radio and Internet”
23.05.2022 Events