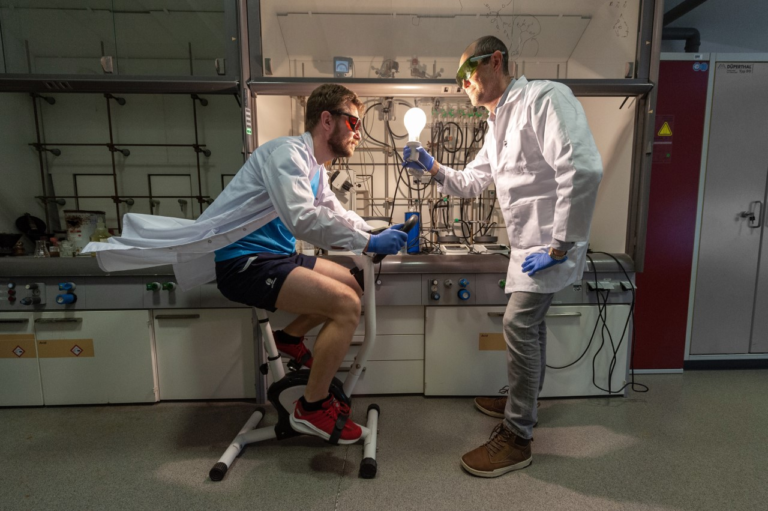 A group of researchers from the Institute of Physical Chemistry of the Polish Academy of Sciences (PAS), led by Prof. Volodymyr Sashuk, has developed a new type of control of the supramolecular catalysis process. The researchers presented a mechanically bound system of molecules that changes its geometry under the influence of light. The light acts as a photo-switch that selectively regulates the speed of a specific chemical reaction.

Scientists have succeeded in designing, synthesising and demonstrating that one molecule of this unremarkable supramolecule can change position along the longitudinal axis of the other molecule. In this way, it can move closer or further away from the centre of a reaction that takes place on the same axis.

As PAN points out, the group’s findings are a step forward in developing new types of remote control of catalytic systems.

The findings have been published in the journal Chemical Science. Prof Sashuk’s team is currently working on adapting the proposed system for a range of processes, including complex chemical reactions requiring selectivity.

PLN 2 billion for innovation in environmental protection in Poland
20.01.2023 Innovations

Double gold for the eDWIN advisory platform at the Polagra Premiery fair
24.01.2023 Innovations