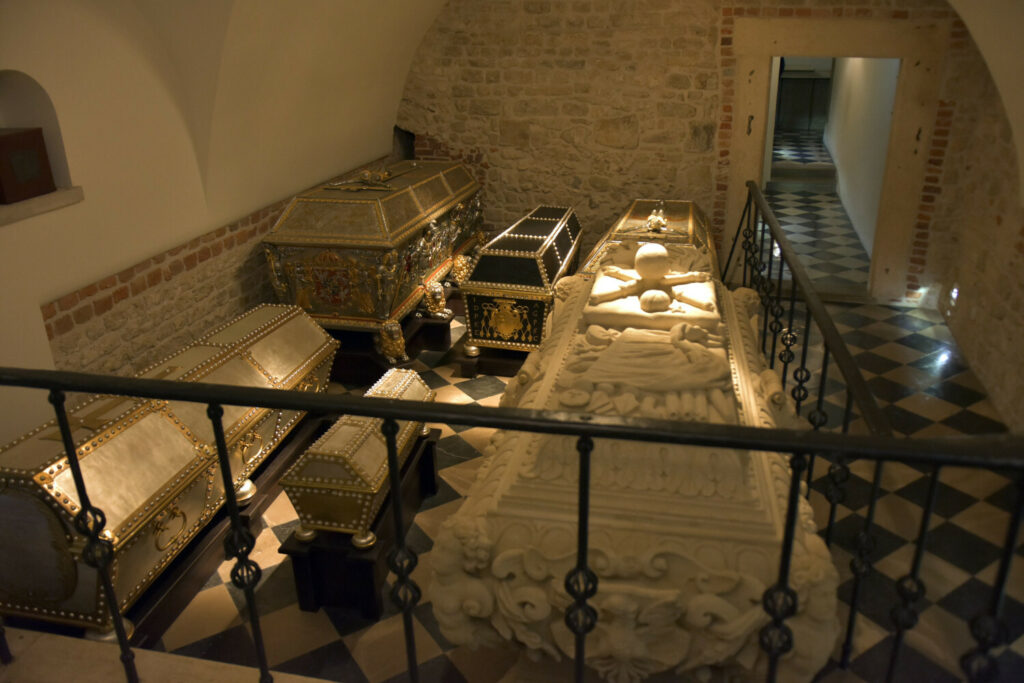 The first interdisciplinary, richly illustrated monograph on the metal sarcophagi of Wawel has appeared on the publishing market, treating the issue both from a broad cultural and historical perspective, as well as presenting the problem of their conservation and technological and morphological issues.

The book “Metal Sarcophagi in the Royal Tombs at Wawel. History, Ideological Meaning, Conservation and Restoration’ consists of two parts – a discussion of the history of crypts and coffins, the origin and phenomenon of metal sarcophagi in Europe and the Republic of Poland, as well as a presentation of technological and workshop issues and findings made during conservation work.

The publication, whose publisher is the Academy of Fine Arts in Katowice, is an attempt to present the numerous problems in an interdisciplinary manner, which it presents in an accessible way: not only for specialist conservators and researchers – art historians and historians – but also for all those interested.

Diploma work from the Academy of Fine Arts in Gdansk receives the German Design Award
30.01.2023 Humanities