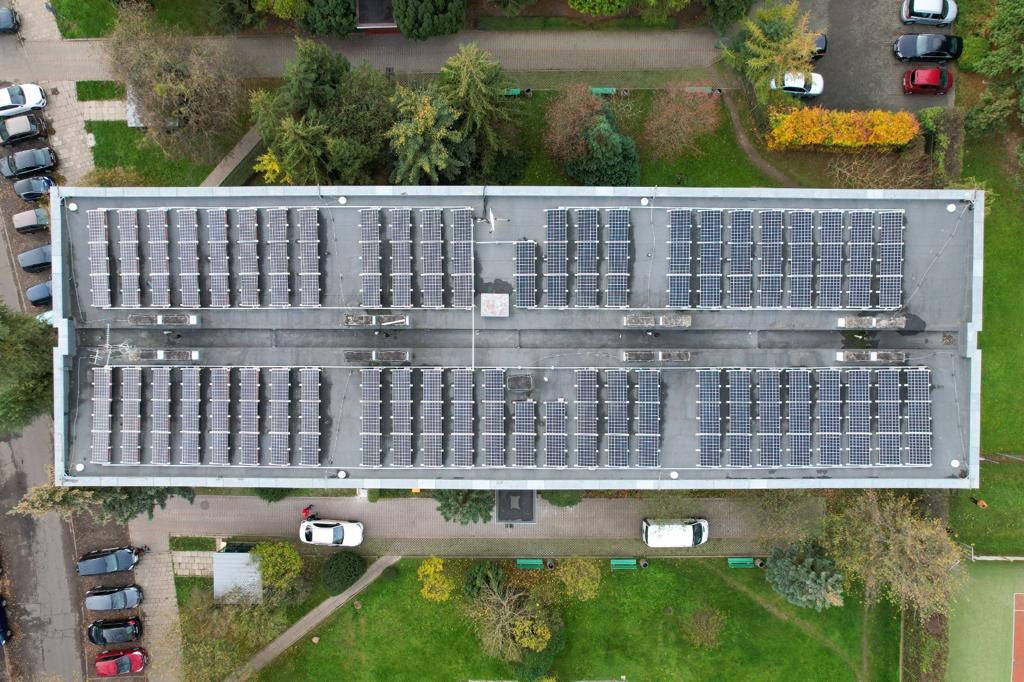 Thanks to photovoltaic panels, the Pomeranian Medical University in Szczecin produced an additional 145,000 kWh of electricity between January and September, reducing carbon dioxide emissions by 110 tonnes and saving PLN 103,000 on electricity bills. This is the result of the launch of photovoltaic panels on the roofs of three student residences on Dunikowskiego Street at the beginning of the year.

The system include three photovoltaic installations with a capacity of 50 kWp each. The cost of the task amounted to PLN 778.7 gross, 97.6 % of which came from a loan and a grant from the Voivodeship Fund for Environmental Protection and Water Management in Szczecin.

This is another environmentally friendly investment by the university, which already has 6 photovoltaic installations with a total capacity of 270 kWp in operation. They are the buildings of the students’ dormitories and the facility of the Physical Education and Sports College, as well as the building of the Interdepartmental Didactics Centre No. 3. Since the beginning of the year, the university has produced a total of over 239 MWh of clean energy.

Agreement between Grupa Azoty Police and the West Pomeranian University of Technology in Szczecin
17.11.2022 Modern economy

Economic Award of the President of the Republic of Poland granted to a spin-off company of the Warsaw University of Technology
23.11.2022 Modern economy