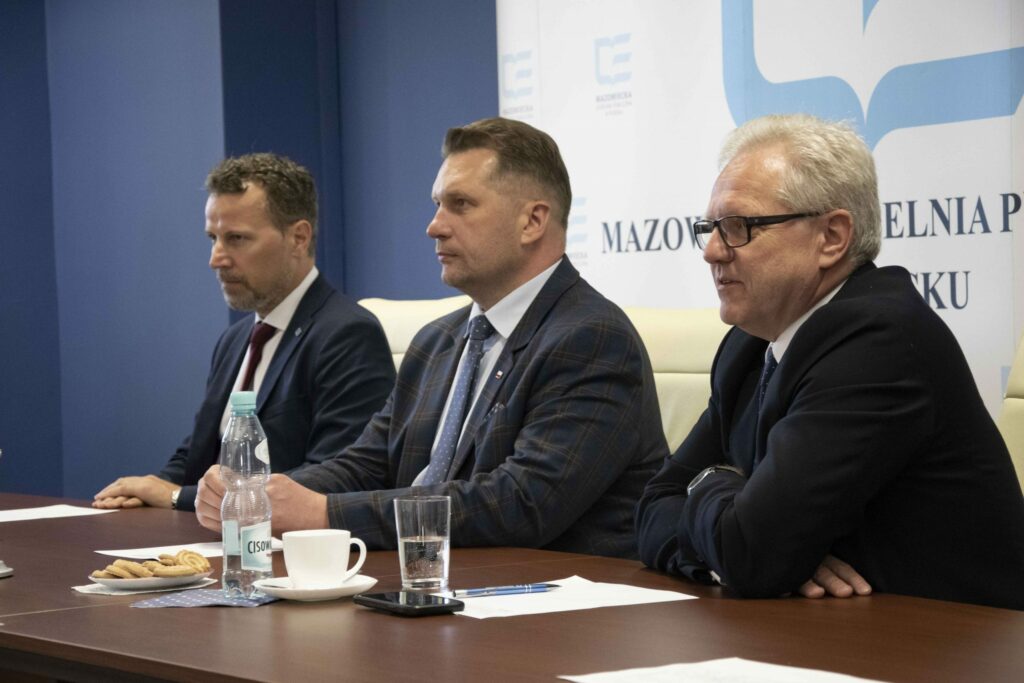 The evaluation of the application is very good and probably Mazovian Public Higher School (MUP) in Plock will receive the scientific category B+ (political science and administration). “The results of the evaluation will be known at the turn of June and July. However, I already congratulate the Rector, because the Higher School is one of the best”, said the Minister of Education and Science, Przemysław Czarnek during his stay in Płock.

If the right conditions are met, the granting of the B+ scientific category will allow for transforming the Mazovian Public University in Plock into the Academy.

Minister Czarnek presented Prof. Maciej Słodki, rector of MUP, with a cheque for the amount of 5,650,700 PLN for the maintenance and development of teaching potential.

Last week, I signed a document thanks to which, in cooperation with the Ministry of Finance, we allocated an additional PLN 136 million for the development of Public Vocational Schools. Over PLN 5.5 million will be credited to the Mazovian Public Higher School in Płock. I am convinced that these funds will help in the construction of the Collegium Medicum”, added the head of the Ministry of Science.

University of Silesia to cooperate with the Central Anticorruption Bureau
27.06.2022 Higher education