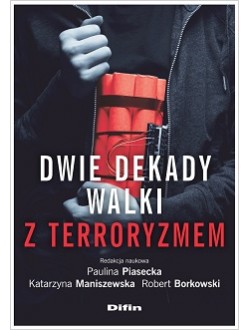 The publication contains texts on threats related to international terrorism, methods of combating it, as well as the international dimension of the fight against this threat.

The book by researchers working for the Krzysztof Liedel Center for Research on Terrorism Collegium Civitas in Warsaw analyzes the security of the modern world in the past two decades, in the context of the threats of the 21st century which have been developing under the influence of the terrorist attack of September 11, 2001. The authors intend to answer questions about the far-reaching and long-term effects of “9/11”.

Researcher of the Kazimierz Wielki University in Bydgoszcz receives grant as part of the Polonez BIS competition
13.06.2022 Humanities