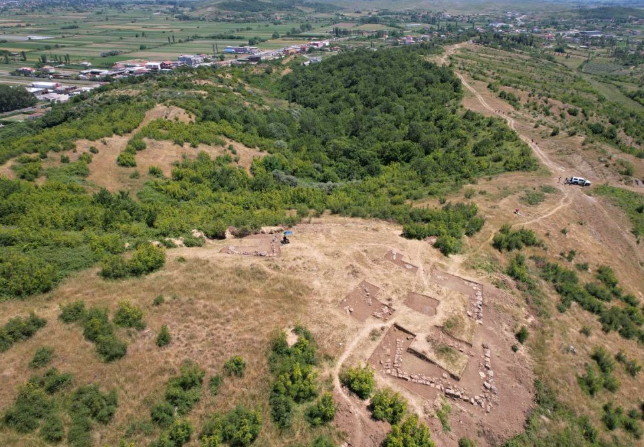 Researchers from the Centre for Southeast European Antiquities at the University of Warsaw (UW), led by Prof. Piotr Dyczek, during archaeological works at the Bushat site in Albania, discovered two gates and fragments of defensive walls and ceramic remains, which indicate that a large Illyrian urban centre from the end of the 3rd century BC and the first half of the 2nd century BC was flourishing in the area.

The ambiguity of ancient accounts and the preliminary stage of research do not allow us to unequivocally determine the name of the city lying on the territory of ancient Shkodra, although it could have been Bassania, mentioned by the ancient historian Livius on the occasion of the description of the Romans’ fight with Gentios, the last Illyrian king – believes Prof. Piotr Dyczek.

The Bushat archaeological site is located in north-western Albania, 15 km southeast of Shkodra. Researchers from the Centre for the Study of Southeast European Antiquity at the University of Warsaw have been carrying out research there since 2018.

Scientist from the University of Silesia receives the Karin Biermann Award
04.07.2022 Humanities